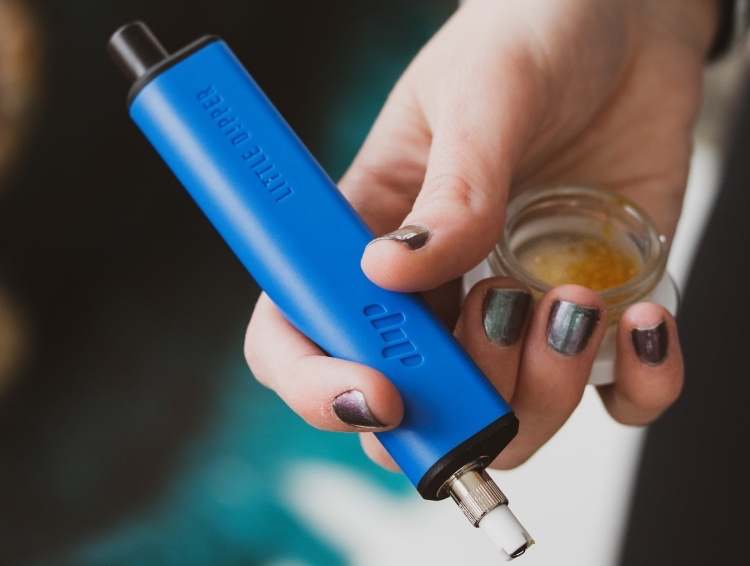 Here at the Smoking Buddha vape shop in Parker, we get lots of questions from newbies about vaping terminology. And no wonder. The vaping dictionary is a pretty thick one and includes terms like atomizer, box mod, coils, clouds, drop down, drip tip, heat sink, e-juice, mAh, ohm, pod mod, sub-ohm, VG and much, much more. It’s enough to make your head spin, and not in a good way. Two of the most common terms you’ll hear are dab pen and dry herb vaporizer. But what are they and what’s the difference (if anything) between the two? That’s what we’re here to find out.

Vaping has taken off in the past few years as people the world over have learned about this safe and enjoyable alternative to smoking. We get folks in our vape shop nearly every day now who have never vaped before but are full of questions. One of the most common is “what’s the difference between a dab pen and a dry herb vaporizer?” In order to provide a complete answer we need to first explain what a vaporizer is.

Edibles aside, there are two primary ways you can enjoy cannabis: you can burn it or you can bake it. Burning is the traditional method and is most commonly done using a bong, or by rolling weed into a joint. Burning creates THC laden smoke that you inhale to achieve your buzz.

Baking, on the other hand, is done using vaporizers. Why are they called vaporizers? Because they heat the herb to the point that the active compounds inside are released in a cloud of vapor that you inhale, just as you would bong smoke. The difference is that the vapor cloud does not subject you to the downsides of inhaling smoke.

The Difference Between Dab Pens and Dry Herb Vaporizers

As we mentioned both of the devices in question heat the cannabis product to the point that the active compounds within are released in a cloud of THC-laden vapor. But there are some important differences between the two.

The first difference lies in the type of cannabis product that is being vaped. A dry herb vaporizer is designed to bake raw, unprocessed cannabis flower and leaf that has been dried out. The flower is placed in the “oven” where heat is introduced, creating the aforementioned vapor cloud.

Dab pens are specifically designed to be used with “concentrates”. Concentrates are a highly refined cannabis product that have a waxy or oily texture. A small amount of this material – referred to as a “dab” – is placed onto the heating coil of the dab pen where it melts. The resulting liquid is then absorbed by a wick which is heated, releasing the active ingredients in a cloud of vapor.

The second important difference between a dab pen and a dry herb vaporizer has to do with the relative size of the devices.

Because concentrates are, well, concentrated a little bit goes a long way. To create the vapor cloud all that’s needed is a coil to melt the tiny dab and a small wick to absorb and heat it. As words like “tiny” and “small” suggest the dab pen is a very compact device that resembles a pen. Hence the name. In fact, the largest thing in a dab pen is usually the battery.

Dry herb vaporizers on the other hand extract the active compounds in cannabis directly from the unprocessed herb. Unprocessed flowers and leaf take up a lot more space than a tiny dab of concentrate. That dry herb is then placed into what is essentially a portable oven where it’s heated to the point that the active compounds are released.

The presence of that portable oven means the dry herb vaporizer is somewhere between a Zippo lighter and a classic iPod in size. It’s still a compact device that will fit in the palm of your hand, but it’s relatively bulky when compared to a dab pen.

Is One Better Than the Other?

Once customers in our smoke shop here in Parker learn the difference between the two devices the next question is almost always: Is one better than the other?

As with most things in life the only real answer is: It depends.

People from all walks of life come into the Smoking Buddha vape shop here in beautiful Parker, Colorado to learn about vaporizers, to buy dab rigs and dry herb vaporizers and to shop our full line of vaping accessories. Whichever type of device you decide is best for you it’s a certainty that you will be able to find it here at the Smoking Buddha. Drop by our smoke shop in Parker today.