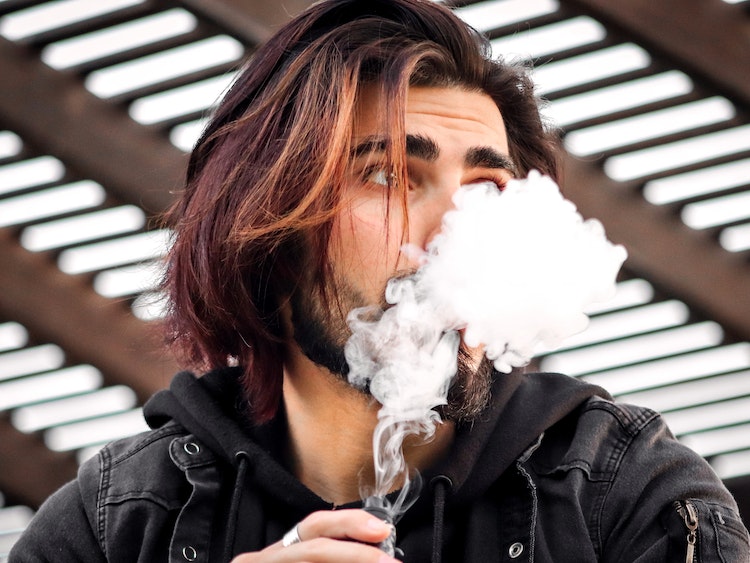 Since it first reached our shores in 2007, vaping has helped countless smokers free themselves from their addiction and provided millions of others, who 20 or 30 years ago may have taken up smoking, with a viable alternative that won’t lead to a gruesome, premature death. For those reasons and more you would think public health officials would be singing the praises of vaping. Instead, they have aligned themselves firmly with the anti-smoking lobby and propagated numerous myths that have muddied the waters and unjustly stigmatized vapers. In this article, the team at Smoking Buddha vape shop in Parker take on some of the most egregious myths being promoted about vaping.

Myth: Vaping is just as dangerous as cigarette smoking

Fact: The NIH has published numerous papers on the potential health effects of vaping full of words like “may” and “could” and “might”. However, they all conclude the same thing: there is no evidence vaping poses a cigarette-like danger to health. Harvard University published a paper in March of this year that led off with a report that more than 60 people died in 2019 from vaping.

If you read the whole article, however, the number of deaths allegedly linked to vaping nosedived after the initial report, suggesting there was something funny going on with the reporting procedures. Public Health England has gone on record stating that vaping is 95% less harmful than cigarettes. A welcome bit of rational reporting amidst a sea of hysterical mythmaking.

Fact: One reason why the anti-vaping message is not resonating particularly well with young people is that it promotes the myth that vapes are tobacco products. Here’s the problem: when you bring a term like “tobacco products” into an argument you strongly imply the presence of 2 things, tobacco and smoke. But neither one is present in vaping.

It is true that some types of e-juice contain nicotine, and if you want to argue against the dangers of nicotine addiction, go for it. But don’t spread the myth that the nicotine-free strawberry shortcake-flavored e-juice sold at the vape shop is a tobacco product. It’s not, and this myth only undercuts the credibility of the people who propagate it.

Fact: This is a particularly popular myth spread by anti-vapers that has no basis in scientific fact. For those who would take issue with that statement we present the following taken directly from the website of the world-renowned Dana-Farber Cancer Institute:

“Nicotine is a chemical in tobacco leaves and is a component of the liquid in e-cigarettes. Nicotine does not, however, cause cancer.”

Nicotine addiction is a real thing, and if you’re not trying to quit smoking we at The Smoking Buddha vape shop strongly advise that you not vape e-juice containing nicotine. But nicotine by itself does not cause cancer. Why some seemingly smart, otherwise reputable people feel the need to spread the nicotine/cancer myth is a mystery. But it is a myth, plain and simple.

Myth: Vaping is a gateway to cigarette addiction

This is another popular myth spread by the anti-vaping lobby that is directly contradicted by the facts. While there is no doubt that the number of young people vaping has increased significantly in the past 10 years there is no evidence that it has led to more young people smoking. In fact, quite the opposite is true.

This is one of the most dangerous myths out there because some smokers may mistakenly conclude it’s true and not take advantage of vaping as a smoking cessation method. To send this myth to the trash can where it belongs let’s look at what some reputable health organizations have to say about the matter:

The British National Health Service (NHS) states on their website that “many thousands of people in the UK have already stopped smoking with the help of an e-cigarette.”

The US National Institutes of Health (NIH) published a survey of 61 studies and concluded that “e-cigarettes with nicotine increase quit rates compared to nicotine replacement therapy.”

Another NIH paper published this year (2022) states “Cigarette smokers who had no plans to quit were more likely to quit smoking cigarettes if they started using e-cigarettes.”

The bottom line is that evidence strongly indicates that the e-cigs you buy at the smoke shop in Parker can help you quit smoking, and that should be good news for everyone and anyone who has ever struggled to free themselves of their cigarette addiction.

Stop by The Smoking Buddha Vape Shop in Parker

Whether you are trying to quit smoking or you’re just in the market for a new mod or bong stop by The Smoking Buddha in Parker. For more info about where we are and what we do call (303) 840-4388.