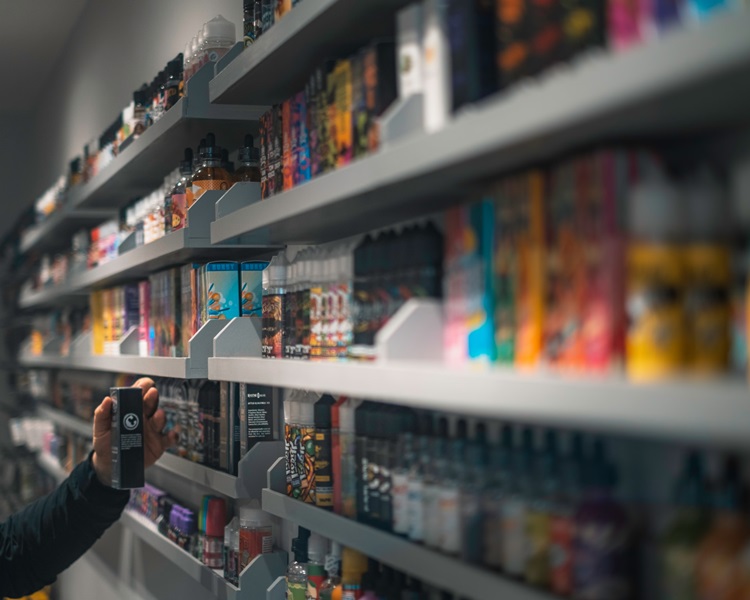 A lot of people vape for the eJuice taste. I mean, who doesn’t love a delicious raspberry hit?

But if you really want to experiment, you can go to the extreme with these weird flavors. Expect to have a lot of fun while trying some of the strangest, most potent flavors on the market. But good luck finding them at any old Parker vape shop or head shop!

Ranging from Hot Dog to Black Pepper, some of these flavors are puke-worthy, while others actually taste pretty good.

Punk your friends by putting these flavors in your vaporizer and then passing it around! Their reactions will be priceless.

Wasabi is as salty, spicy, and savory when you vape it as when you eat it. Except it gets a bit more stuck in your throat and nose, and the taste lingers.

You’ll be confused when the familiar taste of Red Bull ends up relaxing you instead of giving you energy!

Sugary with a bite of sour, the only thing this flavor misses is the carbonation of the real thing.

Red Bull will remind you of late nights studying or preparing for a big sports game. Ah, good memories!

Roast Chicken has a pretty bizarre flavor. It’s surprising to inhale and taste…chicken. It truly tastes like it was roasted right there in your oven. Or in your pen?

If you’re vegetarian, this flavor will have you fooled that you’re consuming the real deal. Whether or not that’s a good thing is up to you to decide.

Black Pepper is a rich, spicy flavor that many people actually smoke regularly.

Its depth is impressive, as it’s incredibly well-rounded. When you exhale, the vapor will smell just like when you crack pepper on something!

Don’t be put off by this one. You might end up loving it!

The most standout factor of Crab Legs is the smell. You’ll be transported right to a seafood restaurant when you exhale Crab Legs. And the same can be said about inhaling it!

Crab Legs perfectly captures the sweetness that makes crab so famous. Prepare for smooth hits that will satisfy a craving!

But we understand if you can’t get behind this one. It’s definitely a bit of a stretch.

If you drink beer, you either drink it for the taste or despite the taste. Whether you love it or hate it, this flavor is worth a shot just to see how realistic it is!

You’ll really get the bitter taste of hops with Beer. It’ll feel like you’re at a frat party, a barbeque, or maybe just unwinding for the night.

No matter what Beer makes you think of, you’d be hard-pressed to find a more polarizing flavor.

Tuna is the most hated food in the office. Thou who heats it up shalt not be spoken to. So let’s turn it into a flavor and vape it!

Whether you like the taste of fish or not, we can’t imagine wanting to vape it on the regular.

Good old-fashioned Peanut Butter. Perfect for apples and bananas, with jelly, on toast, or as a flavor!

Peanut Butter is savory and sweet. It’s actually really enjoyable to vape, even if it is a bit weird.

Although it’s strange, this is a good flavor!

Well…there’s not much we can say about this flavor. It really tastes just like hot dogs!

Yes, it’s as gag-inducing as you might expect. Good luck finding someone who enjoys vaping Hot Dog!

Except this flavor is actually delicious. Garlic isn’t fresh and spicy; it’s slow-roasted, buttery, and delicious.

It certainly smells like garlic, though. This isn’t the right juice if you’re looking to be discreet. And you might not want to kiss anyone or stand too close to them after vaping it.

You know the butter flavor that they put on popcorn? That they drizzle in front of you at movie theaters? Yup, that’s what this stuff is!

So it might not taste like fresh-churned butter. But who cares? Artificial butter is delicious. That’s why it’s in so many snacks.

It certainly is a weird flavor. Butter isn’t what you expect when you vape.

Pass this one to a friend without telling them what it is and see how they react! They’ll definitely be confused.

We saved the best for last: Bacon.

This one will throw you right into a diner booth. Bacon is for the die-hards. If you love bacon, you’ll love this flavor! Or maybe not. You might not want to vape your breakfast.

Regardless, it tastes like the real deal. And that’s honestly a little off-putting!

Are you ready to order up some odd flavors? Or are you completely turned off by the idea and just read this out of pure curiosity?

We highly recommend trying at least one weird flavor. You can go simple with something like Butter or Black Pepper. Or you can really commit and go for Crab Legs.

Really though, we did save Bacon as best for last!