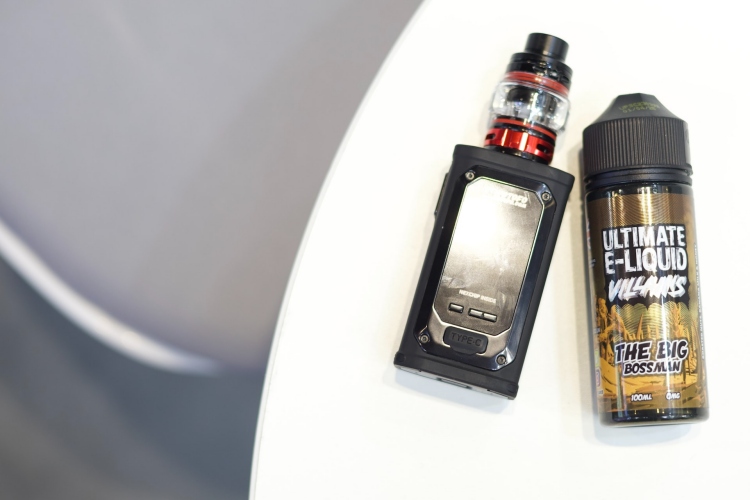 There are a lot of things to love about Thanksgiving, starting with the fact that it’s probably the most inclusive holiday on the calendar. In addition to that, you have great food, time off from work at the vape shop, a chance to reflect on the good things in life, and the chance to see all those family members you’ve been avoiding for the past year.

Okay, even if you scratch that last one from the list there’s still a lot to like about Thanksgiving. And if you’re a football fan, well, you’re likely to experience some sort of nirvana on the 4th Thursday of November when your favorite team goes for it on 4th and 1 with the game on the line.

But tradition, consumption, reflection, and transcendence aside, Thanksgiving in 2022 is different in some fundamental ways from Thanksgiving in, say, 1972. For instance, 50 years ago the country was deeply divided politically, with some fearing the American experiment had run its course. Oh, wait…

Let’s try again… 50 years ago there was no such thing as a vape shop in Parker and it was considered ‘normal’ for folks to get hammered during Thanksgiving dinner then get behind the wheel, leave their car on a stranger’s lawn and pass out on someone else’s porch. It was also common, nay, expected that people would light up all sorts of tobacco products while they enjoyed their after-dinner aperitifs.

Anyone who was around 50, or even 30 years ago remembers the thick, blue-gray haze that would hang over the Thanksgiving table in the evening. Thankfully, those days have mostly come to an end. But the end of coffin nails at the table did not signal the end of Thanksgiving controversies. One that’s coming up a lot in conversation at our vape shop in Parker involves whether or not it’s cool to vape at the table in 2022.

To Vape or Not to Vape, That is the Question

Largely due to the flood of misinformation swirling around the practice of vaping you need to be careful about where and when you whip out your Smok Novo in Parker. If you’re in someone else’s house, simply taking it out at the table and having at it is likely to cause much ruffling of some of the more sensitive feathers in the room. The result could be a heated argument that undermines the otherwise agreeable spirit of the day.

So, regardless of whether you believe you are right to fire up your vape wherever you like, the smart thing is to practice good vaping etiquette. And what does that involve? Mostly asking.

If you’re sitting at the dinner table this holiday season having just consumed several helpings of Meleagris Gallopavo and you’re tempted to top it off with a tug or two of that new apple pie ejuice you just picked up at the smoke shop in Parker, hold on. You may very well be able to vape to your heart’s content, but before you try be an angel and ask for permission. Here’s how that goes:

You: “Is it alright if I vape at the table?”

Response B) “Don’t even think about it, Hitler!”

If your host is a well-informed individual who understands vaping is to smoking what flurries are to a blizzard they’ll respond with some variation of A. If, on the other hand, they’ve bought the lie that vaping ejuice in the house is like smoking with a baby in the car and the windows rolled up, they’re likely to respond with some variation of B.

Here’s the thing: even if they spit out Response B it’s incumbent upon you to respect their decision. Resist the temptation to tell them to take their head out of the turkey’s ass, and simply slip the mod back in your pocket and enjoy your dessert. As the adage goes, “he who fights and runs away, lives to fight another day.”

What do we mean by that? We mean that after you finish your pie and espresso you can pull your host aside later and ask if there are any areas on the property where you can enjoy a quick vape. If you respected their decision at the table they’re far more likely to accommodate you than if you reacted by tossing cranberry sauce in their face and swearing revenge.

If they still say “no” then “no” it is. Simple as that. When it’s your property and your Thanksgiving dinner you can set whatever rules you like. But even then it should be made clear to everyone you invite that vaping will be allowed. That way, people who aren’t down with it can choose to go somewhere else.

Of course, there’s always a chance you’ll get a “yes” when you ask if you can vape at the table (or anywhere else in the house), and that’s great. But it’s not a license to envelope the heads of your fellow guests in thick clouds of vapor.

Remember, you’re a guest. Try and be at least a little considerate of others and remember, how you act will influence how others perceive vapers and vaping down the line.

For the best selection of vapes, vape mods, accessories and more, make your way to The Smoking Buddha vape shop in Parker. We have you covered for all things vaping!