Vaping in England Compared to the U.S. 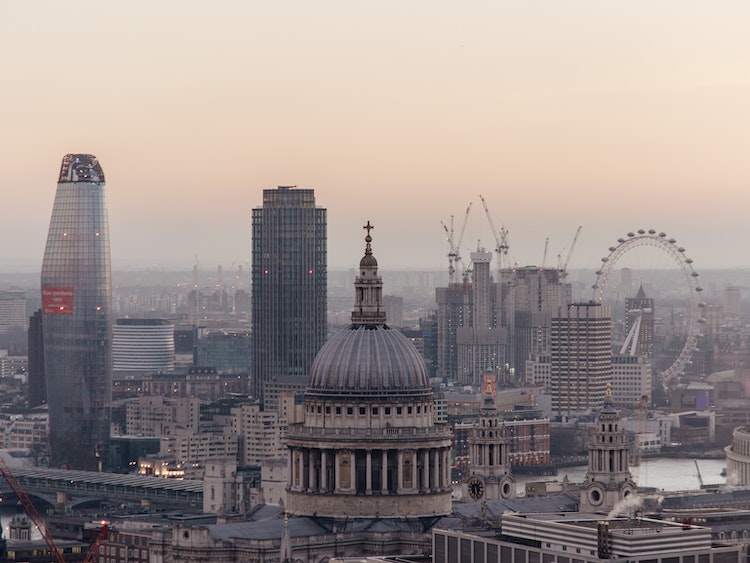 An estimated 50 million people are now vaping worldwide with thousands more joining their ranks every day. In the US alone that number is nearly 10 million. Despite the fact that vaping is not smoking, that flavored ejuice that contains no nicotine is not a “tobacco product” and that there is no scientific evidence linking vaporizers to the kind of health issues caused by cigarettes, the media in the US continues to use the words “vaping” and “smoking” interchangeably and rail against phantom health concerns that have no basis in fact. On the other side of the Atlantic, however, things are very different.

The British Embrace of Vaping and Vaporizers

A vaper from Colorado who travels to London may have to pinch themselves to make sure they’re not dreaming. Unlike in the US where vapers are demonized and vaping and smoking are talked about as though they were somehow the same thing, vaping in the UK is encouraged by the government as a proven way for smokers to quit that destructive habit.

UK attitudes towards vaping are driven by the facts, not by self-serving political agendas as is the case in the US. To that end Public Health England sponsored a major study a few years back that drew the following conclusions:

As a result of the study, public health officials in the UK have been urging people – yes, urging them – to switch from cigarettes to vaping as a way to quit smoking. The National Health Service (NHS) has gone so far as to subsidize e-cigarettes for smokers who want to quit, the same way they provide subsidies for nicotine patches and other smoking cessation tools.

Can you imagine that happening in the US? If you went into your doctor’s office in Parker and asked them to prescribe e-cigarettes to help you quit smoking and then asked your insurance company to cover the cost you’d be laughed out of the doctor’s office, but not before being lectured about how vaping is going to give you cancer and turn your children into second-hand vape victims.

The Hypocrisy of the Anti-Vaping Cabal

The U.S. obesity epidemic is already putting a strain on the health care system and the well-being of millions, gradually building toward a public health catastrophe that will likely dwarf anything created by smoking. In addition, overweight Americans were one of the few groups of people under 65 for whom COVID-19 represented any type of significant health threat. However, the American media openly advertises fast food and other unhealthy options to viewers of all ages with little regulation. Alcoholic beverage brands are also frequently sensationalized on a variety of platforms despite the well-documented health risks of excess drinking.

That same US media that celebrates obesity vilifies vapers and vaping, an activity that poses little to no proven health risks. In fact, it seems every time you watch the news there is some public health “expert” using the words “vaping” and “cigarettes” interchangeably and declaring with a straight face that vaping leads young people to cigarettes, even though the science clearly shows it doesn’t.

Still believe that vaping leads kids to smoking? Consider this: the CDC itself has tracked smoking activity among young people in the US for years. If vaping leads young people to smoking then CDC data should show a marked increase in the number of young smokers that parallels the increasing popularity of vaping. In reality, it shows exactly the opposite.

In the 15 years since vaping was introduced in the US, the percentage of young people who smoke has decreased from 20% to 6%, while the percentage of young people who smoke every day has decreased from 6% to 1%. Remember, this is the CDC’s own data. (You can see it here if you’re interested.) The only defensible conclusion, the only one supported by the CDC data, is the one the British have come to: vaping does not lead young people to cigarettes. Period. That’s an inconvenient truth for the US media to face up to, but the truth it is.

So Why the Difference Between the Two Countries?

Vaping seems to have become yet another pawn in the ever-expanding culture war rocking the US. That is not the case in the UK. But there’s more to the difference between the two countries and their attitudes toward vaping than that.

A more significant reason for the difference is that in the UK there is a clear legal distinction between tobacco products and vaping products, while in the US all vaping products are categorized as tobacco products. Because UK law rightfully puts the two things in different legal categories it is possible for the government there to take separate approaches to the two industries.

Where Do We Go From Here?

It’s unlikely the situation in the US will resolve itself in favor of science anytime soon. But rest assured that at the Smoking Buddha we deal in the truth. So stop by and check out our full line of vaporizer mods, ejuice and other vaping products. To find us search for “vape shop near me in Parker” or call us at (303) 840-4388).