What Are the Risks of Stealth Vaping? 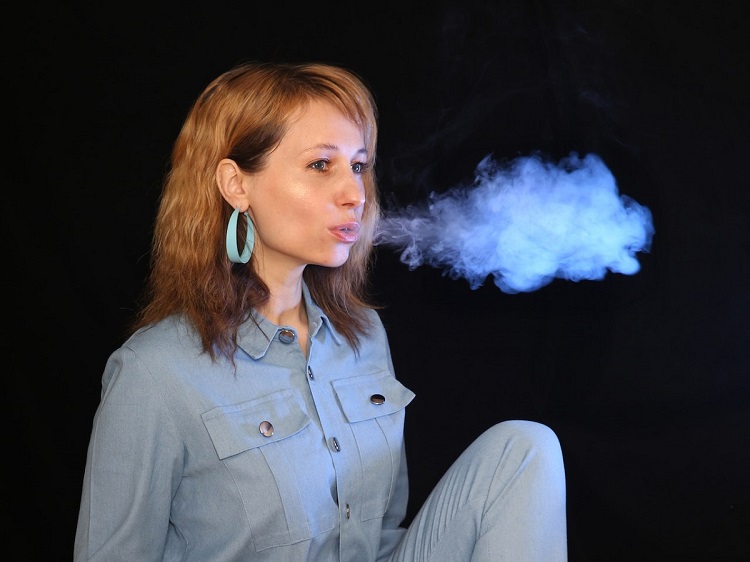 At various times on this blog, we’ve alluded to or otherwise touched on the subject of stealth vaping. But we’ve never taken the time to give it the attention it deserves. And it deserves that attention because if it weren’t for their ability to stealth vape, some vape users would have a tough time vaping at all, given the hysterical, nonsensical attitude toward vaping and vaporizers that persists in much of the US, including here in Parker.

Back to Basics: What is Stealth Vaping?

Stealth vaping means vaping in a way that doesn’t attract attention. It is the definition of discreet in that even if there are people around, they won’t notice what you’re doing unless they’re staring at you like psychopaths.

In most cases, effective stealth vaping calls for small, low-power vape mods that can easily be tucked into the palm of your hand should someone walk by, or you notice one of those anti-smoking psychopaths staring at you from across the park. It also means using a high PG ejuice, (since that will produce a smaller cloud than VG), and cultivating techniques that enable you to regulate the amount of vapor you exhale so that you never release a single, obvious cloud that will attract attention.

The Risks of Stealth Vaping

Even today, as study after study confirms the safety of vaping and the fact that it is not a ‘gateway’ to cigarettes for young people, the list of places you can’t vape is needlessly extensive and includes just about everywhere except your own home, and outdoors in Parker (as long as you’re 25 feet from a doorway).

That means that if you want to vape during dinner at a restaurant you’ll have to go into the bathroom. Same if you want to vape on a long international flight. You aren’t even allowed to vape in a hotel room in Colorado anymore since the 2019 Clean Air Act incorrectly equated vaping to cigarettes.

Oh, right. Well, if you vape in the toilet on a plane there is a pretty good chance you’ll set off the alarm. Smoke detectors are designed to detect smoke not vapor. But if the vapor cloud is thick enough in such a tiny space it can still trigger an alarm. If you set off the alarm on a plane it will make an emergency landing and you’ll be looking at a huge fine and jail time. So we would strongly recommend you don’t ever try stealth vaping in the bathroom of an airplane.

In a restaurant bathroom, there is little chance of setting off a smoke alarm. However, if someone else in the bathroom picks up on your vapor cloud and reports you, you could be kicked out of the restaurant and fined several hundred dollars. Same if you get caught vaping in a hotel room. Although to be real, you’d have to try pretty hard to get caught vaping in your hotel room. But just to be safe you’d probably want to vape by an open window.

There might also be professional blowback – as in damaged reputation or lost job – if you get caught vaping where you shouldn’t. That’s especially true if you cause an incident on an airplane.

Now let’s look at the risks associated with attracting the attention of anti-smoking ‘activists’. These delightfully unhinged individuals often don’t care about science or anything else. Their sole motivation is their twisted self-serving agenda. If they see a puff, they spring into action like dung beetles assaulting a fresh pile of wildebeest sh*t. Their fervor often defies logic as they start spewing nonsense about how you’re killing them with your (harmless) vapor cloud etc, etc, blah, blah, blah.

If you’re in a place where vaping is allowed there’s no reason to yield to the demented assault. The risk here is mostly about whether you’re prepared to put up with it. Some people can take it for what it’s worth and laugh it off. Others really don’t want a crazy person getting in their face and ruining their day.

Most vapers have no interest in confrontation. They just want to enjoy their ejuice in peace. That said, some see little value in openly vaping, even in places where it’s allowed, just because they want to avoid run-ins with lunatics. So they practice stealth vaping.

The good news is stealth vaping is simple. But you will need the right equipment and it will take some practice to nail your technique.

The best devices for stealth vaping are typically:

At the Smoking Buddha, you’ll find plenty of low-wattage vaporizer mods that will empower your stealth vaping. To find us search for “vape shop near me in Parker” or just call us at (303) 840-4388.