What Impact Does Bong Size Really Have? 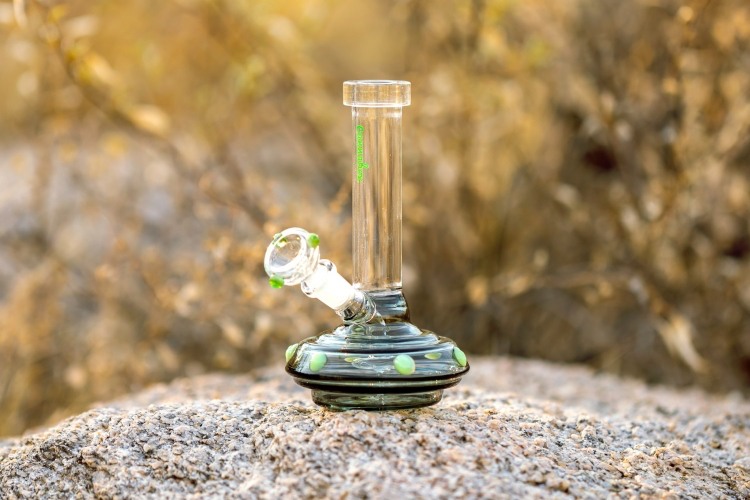 It’s a question that’s been bandied about ad nauseam: does size matter? You hear it in discussions about everything from cars to bank accounts to, well, you know. Can the question also be applied to bongs? Does the size of your bong really matter? Being a curious bunch the staff here at your favorite headshop in Parker have decided to focus their attention on getting a definitive answer to this most vexing of questions.

The Great Size Debate: Is A Big Bong A Better Bong?

Bongs are to smoking weed what turbochargers are to sports cars. The bong enables you to pull a monster hit that’s also cool and smooth and devoid of any number of contaminants that are filtered out by the water. For all those reasons and more the bong has become a staple of modern life. But if your current modest bong were just a little bit bigger, would your cannabis experience be a little bit better?

We live in a golden age as far as bongs are concerned. The number and variety of bongs on the market today is staggering. From sleek, minimalist scientific glass bongs to heady glass masterpieces of every conceivable size and shape the bong landscape has never been so rich and diverse.

Whether it’s time to retire the bong you’ve had since you were a wee lad or lass, or your old bong broke, or you just feel like adding a new bong to the stable you’ll want to make sure you get your money’s worth. To that end let’s compare the pros and cons of different-sized bongs.

If you’ve never taken a hit off a bong before, or if your cannabis smoking experience as a whole is limited, a small bong may be just what the doctor ordered. The whole reason bongs are popular is that they enable epic hits the size and type you could never, ever, get off the venerable joint.

However, anyone who’s been smoking awhile has watched a newbie take their turn with the big bong and wind up coughing, hacking and turning several shades of blue in the aftermath. A small bong will produce smaller hits that are still bigger than anything you could pull from a joint but not so big as to send you into a cataleptic fit. Here’s the full list of small bong pros:

Those are all worthwhile things to consider, especially the first and last points. Now, let’s look at the downside of smaller bongs.

With those points in mind let’s now turn our attention to big bongs and see if they can be considered objectively better than their more modest counterparts.

Big bongs can be imposing. If you’ve never taken a hit off one before contemplating what’s going to happen when you make a determined pull on that 20 or 30-inch tall behemoth can send chills down your spine. And most of the time those chills are well-warranted.

The larger bowls combined with the sheer volume of internal space means that you’re in for a treat. The larger size also allows for the inclusion of percolators and ice catchers that will help mitigate the ferocity of the hit. All that said, let’s look at the pros and cons of big bongs now.

There’s no reason to dance around it; the reason people like big bongs is because they get mind-altering hits off of them. If we’re to believe the customers in our Parker smoke shop (and we do) any other “pros” are just icing on the cake.

As we said, the biggest reason people buy big bongs is to enjoy those epic hits. But if you’re going to invest in a big bong from your local smoke shop you need to go into it aware of the possibility that you may burn through considerably more weed than if you had a smaller bong. “May” being the operative word. If you can exercise a modicum of self-control then this may not be an issue.

So Is A Big Bong A Better Bong?

Those of us at the smoke shop hate to cop to the traditional response that “it depends”. So we’ll try and be a little more definitive.

A big bong is definitely better if what you are after are hits so large they’ll change your understanding of the universe. Small bongs simply do not pack the same punch as big bongs and there is no way to sugarcoat that reality.

Big bongs can produce potentially cooler, smoother hits as well since the smoke is filtered through a bigger tank along with ice catchers, etc. So if you have the money, and gargantuan hits are your forte, then big bongs are a better choice.

That said, if all you’re after is a mild buzz to enjoy while you binge-watch your favorite streaming series, a small bong is probably a better choice.