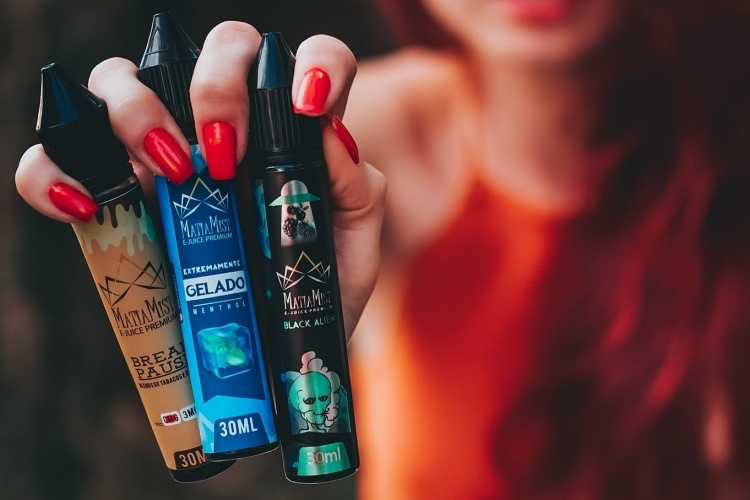 If you’re new (or even not so new) to vaping you’ve no doubt run across the letters “PG” and “VG”. If you’re like a lot of people you may have simply skimmed over them and assumed they were marketing-related. That’s only partly true. More importantly, they indicate some of the key aspects of e-liquids that you should keep in mind every time you venture into the Smoking Buddha vape shop in Parker to stock up.

PG Vs. VG: The Lowdown

There are literally thousands of different e-liquid flavors available these days which can lead to long afternoons getting lost down the rabbit hole when contemplating your options at the vape shop. By the time you make your choice, you may have forgotten all about VG and PG and just want to get home. But you should never overlook those unassuming letters, and here’s why.

“PG” is short for “propylene glycol”. Propylene glycol is an odorless, colorless and flavorless liquid that is, to many people’s surprise, a petroleum by-product. “VG” is short for “vegetable glycerin”. It too has no color or odor but it’s derived from an entirely different source than PG. The most common sources of VG in e-liquid are coconut oil, palm oil, and soybean oil.

Note: Alert readers will prick up their ears at that last sentence knowing that coconuts are fruit, that oil palm trees also produce fruit and that soybeans are legumes, which have only the most tenuous claim on the title of “vegetable”. So, why is it called “vegetable glycerin” and not “fruit glycerin”? Apparently, because it’s easier to say VG than FG.

VG and PG are the two main ingredients of e-liquids. They form the vapor, they carry the flavor and the mixture of the two determines how mild or strong the hit will feel in your throat.

PG Vs. VG: A Deeper Dive

It’s important that you understand what you’re about to buy when you saunter into the smoke shop in Parker. So here is a detailed breakdown of the various properties of VG and PG.

Most of the time customers spend contemplating e-liquid is spent contemplating the multitude of ejuice flavors. So it’s only natural that we lead off with it.

As we mentioned earlier PG has no flavor of its own. But it does generate a sensation in the throat. That sensation can be best compared to the feeling cigarette smokers experience in the back of their throat when they take a drag. For that reason, e-liquids intended to help people quit smoking tend to have more PG in them.

VG does have a flavor. That flavor tends to be sweet, though not obnoxiously so. That sweetness is a function of the fruity origins of so-called vegetable glycerin. In most cases, you will find a mixture of PG and VG in e-liquids, with the nature of your experience dictated by the proportions.

More PG equals a stronger hit. More VG and the hit will be milder. So, if the VG hit is more pleasant, why don’t all non-nicotine infused e-liquids in the vape shop just use VG? Because PG actually does a better job delivering added flavors.

In the most general of terms “viscosity” indicates the thickness of a liquid. It’s a term you often hear in relation to motor oil but it applies here as well since both PG and VG are oils.

Right off the top VG is thicker than PG. So we’d say it has a higher viscosity than PG. Viscosity matters because different vaping devices perform differently depending on the viscosity of the e-liquid you use.

Sub-ohm tanks, for instance, may spring leaks if the PG/VG mix is too tilted toward the thinner PG. On the other hand, a standard vape pen isn’t going to take too kindly to an e-liquid mixture that’s weighted toward VG since the thick VG oil may wind up clogging the atomizer.

Vape clouds, their size, thickness and composition, have become something of an obsession with a lot of vapers. If you see someone exhaling a cloud big enough to cause a fog warning at the airport then you can be sure their e-liquid has a high VG content.

Conversely, PG comes up short in the cloud production department. While this might seem like a strike against buying e-liquids with a high PG content consider this: do you really want to be generating cumulus clouds of vapor in a public space where there is likely to be at least one unhinged anti-smoking zealot? PG enables you to go about your vaping discreetly.

As we mentioned earlier e-liquids infused with nicotine that are intended to help people quit smoking are likely to be high in PG since this produces a cigarette-like kick in the back of the throat. But as it turns out it’s not just smokers who enjoy this kick. Plenty of people who want nothing to do with cigarettes are drawn to it as well.

On the other side of the equation is VG, which tends to create vapor clouds that you can feel in your mouth. It’s not the same feeling as the PG kick. Instead, it’s more of a smooth pudding-like sensation that many people find very satisfying.

Visit the Smoking Buddha in Parker

This may be the first you’ve heard about PG and VG, but you now understand the importance of looking for these simple indicators when shopping for e-liquids at the Smoking Buddha Parker vape shop.